Migration is a climate issue! Capitalism is the crisis! No to Trump’s fascistic war on migrants! 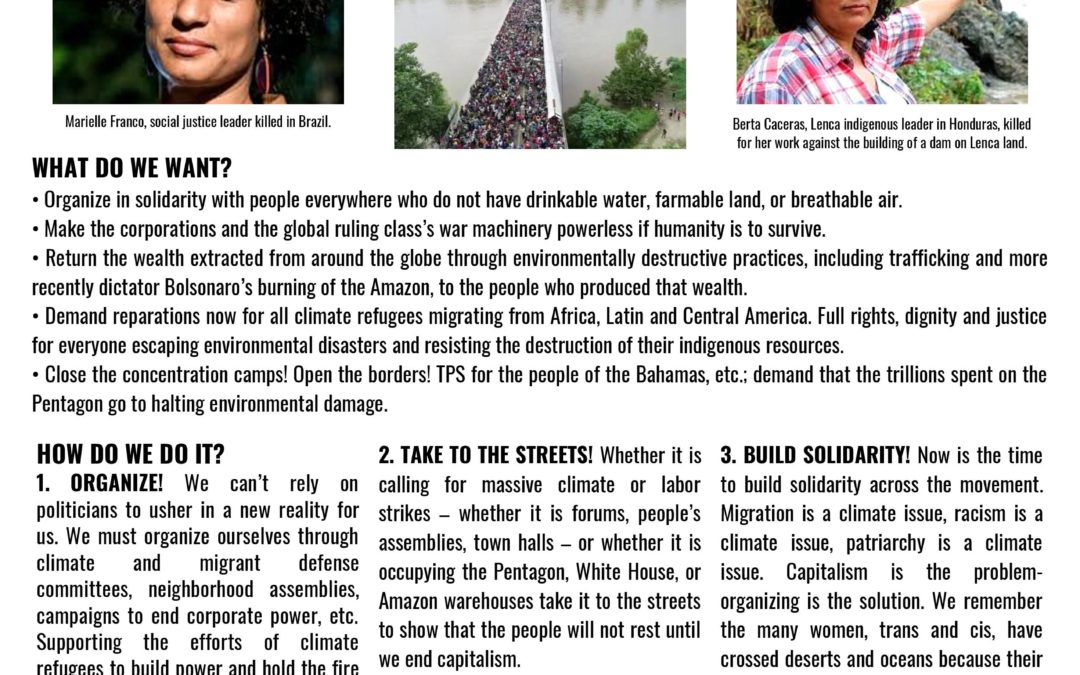 Every year there are thousands of people forced to leave their homelands.  Many of them are climate refugees unable to live under the environmental plunder and destruction created by capitalism. Whether it is the privatization of water, the monopoly on seeds, or the instability caused by the world’s No. 1 polluter, the Pentagon, the struggle for climate justice is a migrant struggle!

WHAT DO WE WANT?

To learn more about the work of Fighting for Im/Migrants and Refugees Everywhere visit:

Or send us an email to get connected to activists near you.

MIGRATION IS A CLIMATE ISSUE! OPEN THE BORDERS! SHUT DOWN I.C.E FOR THE FUTURE OF HUMANITY AND THE PLANET! SHUT DOWN THE PENTAGON, THE #1 POLLUTER!