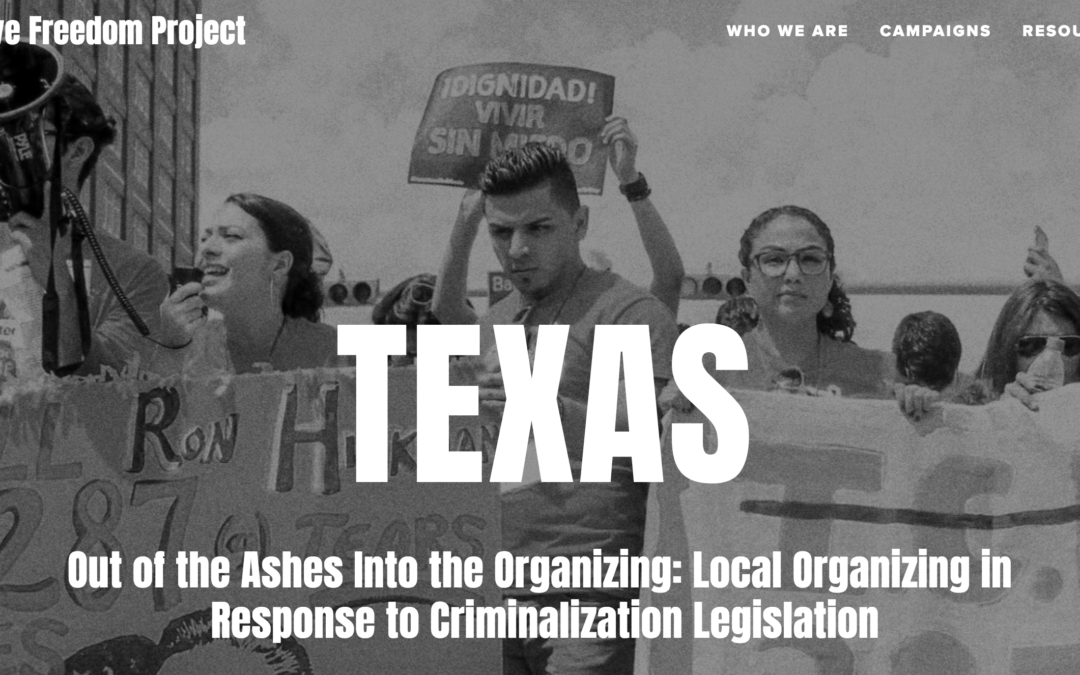 Between jails, prisons, and detention centers, Texas has the highest rates of incarceration in the country. In 2017, Texas passed one of the most anti-immigrant pieces of state legislation in the country, SB 4. SB 4 prohibited any town or county agency from limiting assistance to ICE, in effect barring any “sanctuary” policies.

For years immigrants and citizens had struggled to find common ground in their organizing tactics, but SB 4 required organizers to regroup and reassess.

Out of the ashes grew some of the most effective local cross movement organizing in the country. People who had been impacted by the criminal legal system and the immigration deportation system came together to begin dreaming of ways to protect all of our communities. Together we came up with a vision for Moving Texas Forward: a series of local organizing in cities like Austin, Houston, and San Antonio, grounded in coalitions of citizens and noncitizens, designed to fight back against criminalization in all of its forms.